Goldsboro, N.C. — On May 24, 2021, at approximately 9:39 a.m., officers with Goldsboro Police Department’s Patrol “C” Shift were dispatched to the 300 block of Bright Street, Goldsboro, for a report of a deceased person. The deceased person was located. The Criminal Investigations Division and the Crime Scene Unit responded and initiated an investigation.

The Goldsboro Police Department is attempting to identify this vehicle in connection with the continuing investigation into the deceased person found on Bright Street on the morning of May 24, 2021. Anyone with information can call the Goldsboro/Wayne County Crime Stoppers at 919-735-2255 or submit a TIP at p3tips.com 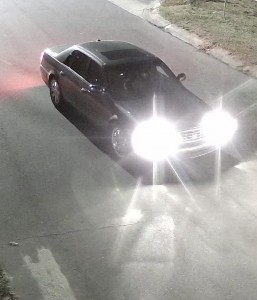