Goldsboro, NC — On 4/21/2021 Officers with the Goldsboro Police Department responded to the Economy Inn located at 802 W. Grantham St. for a reported overdose.  Once on scene, officers located an unresponsive 13-year-old female in the parking area and administered a dose of Narcan to her.  EMS arrived and transported the victim to Wayne UNC Healthcare where she received additional medical care before being released.  Investigators and Crime Scene personnel from Goldsboro Police Department’s Criminal Investigations Division responded to initiate an investigation into the aforementioned incident.

Goldsboro, NC—On 4/23/2021 warrants were secured on Nikki Danielle Wiggs for Felony Child Abuse.  Nikki Wiggs was taken into custody by GPD’s Selective Enforcement Unit without incident and transported to the Wayne County Magistrates Office where the warrant was served.  Wiggs received a $10,000 Secure Bond and was left in the custody of the Wayne County Jail with a First Appearance scheduled for 4/26/2021. 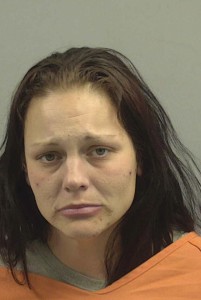