UTTERING OF A COUNTERFEIT INSTRUMENT

Goldsboro, N.C. — On, Sunday, June 30, 2019, a report was filed with the Wayne County Sheriff’s Office in regards to a known subject selling a pressure washer to Emiliano Rivera of Goldsboro, N.C., which did not work. When Mr. Rivera contacted the suspect to ask for his money back for the pressure washer, he agreed to meet Mr. Rivera to give him his money back. When this occurred, the Suspect gave Mr. Rivera a counterfeit $100 bill as repayment. The case was sent to the Goldsboro Police Department’s Criminal Investigations Division for further investigation.

A subsequent criminal investigation was conducted and Lewis Cody Honeycutt, 31, of Goldsboro was developed and verified as the suspect in this case. On Friday, April 9, 2021, a felony warrant was sworn on Lewis Cody Honeycutt by an investigator with the Goldsboro Police Department’s Criminal Investigations Division for one count each of Obtain Property by False Pretense, Possession of Counterfeit Currency, and Uttering of a Counterfeit Instrument. Lewis Cody Honeycutt was arrested Monday, April 12 by a Deputy with the Wayne County Sheriff’s Office Warrants Division at 304 Connie’s Circle, Goldsboro. He was then taken before a Wayne County Criminal Magistrate, where he was served with his outstanding Felony warrant. He was subsequently released on a $2,500 unsecured bond, pending his first court appearance, which was scheduled for 1:30 p.m. Wednesday, April 14. 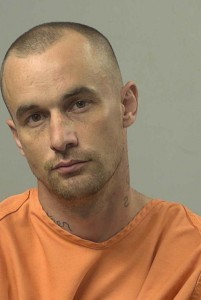