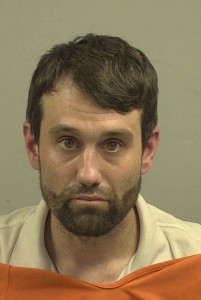 Goldsboro, NC — On Saturday, March 20, 2021, a report was filed with the Goldsboro police department in regards to a catalytic converter being stolen from the church van belonging to the Hallelujah Worship Center, located at 413 E. Ash Street. During the subsequent investigation by members of the Goldsboro Police Department’s Criminal Investigations Division and a Suspect was identified as Matthew Joseph Schilling.

Upon completion of the investigation, Felony Warrants were secured on Matthew Joseph Schilling on Tuesday, March 30, 2021 for one count each of Breaking and/or Entering a Motor Vehicle, Larceny of Motor Vehicle Parts, and Felony Possession of Stolen Goods/Property, all Felonies. Matthew Joseph Schilling was arrested at 128 Dell Drive, Dudley, NC on outstanding warrants for the above listed charges and charges unrelated to this case by the Wayne County Sheriff’s Office. Mr. Schilling was taken before a Wayne County Criminal Magistrate where he was served with the aforementioned Felony warrants and placed into the custody of the Wayne County Jail in lieu of a collective total secured bond of $15,000.00, pending his first appearance, which was scheduled for 03/31/2021.