You can also submit information about a crime through P3Tips. 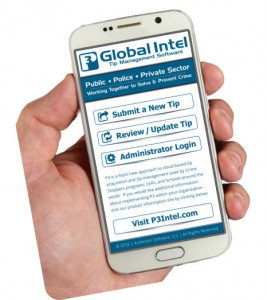 Crime Stoppers is an international endeavor that allows citizens to give information about crimes without identifying themselves. Rewards are offered to callers who provide information leading to felony arrests. Callers remain anonymous and are not asked for any personal information.

The Goldsboro Wayne Crime Stoppers program was instituted in November of 1982 and has grown steadily since then. Since inception the program has resulted in the recovery of almost $2,000,000 in stolen property and seizure of nearly $8,000,000 in illegal narcotics for a combined total of almost $10,000,000. Crime Stoppers has assisted law enforcement in solving sixty-two murders and apprehending more than 1,200 fugitives from justice. Crime Stoppers callers have assisted in clearing more than 7,500 cases, and the arrests of more than 5,600 criminals. The conviction rate for suspects who are apprehended with Crime Stoppers information is approximately 99%.

Crime Stoppers is designed to help make our county a safer and better place to live. The organization is totally dependent on private donations of individuals, professional associations, merchants, and civic and social groups.