The uniform patrol division is normally the first respondent to calls for service initiated by the citizens of Goldsboro. The mission of the Goldsboro Police Department, is to enhance the quality of life in the City of Goldsboro.

If you have speeding or other traffic concerns in your neighborhood, please contact Maj. Dwayne Dean at 580-4254.

The Goldsboro Police Department’s K-9 Teams were formed to increase the effectiveness in the detection and prevention of crime, as well as the apprehension of criminals. We currently have two K-9 teams serving the citizens of Goldsboro. These teams are used in building searches, evidence searches, tracking, and apprehension work. 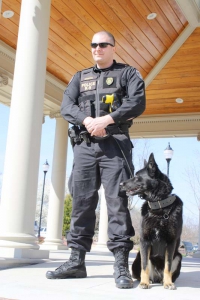